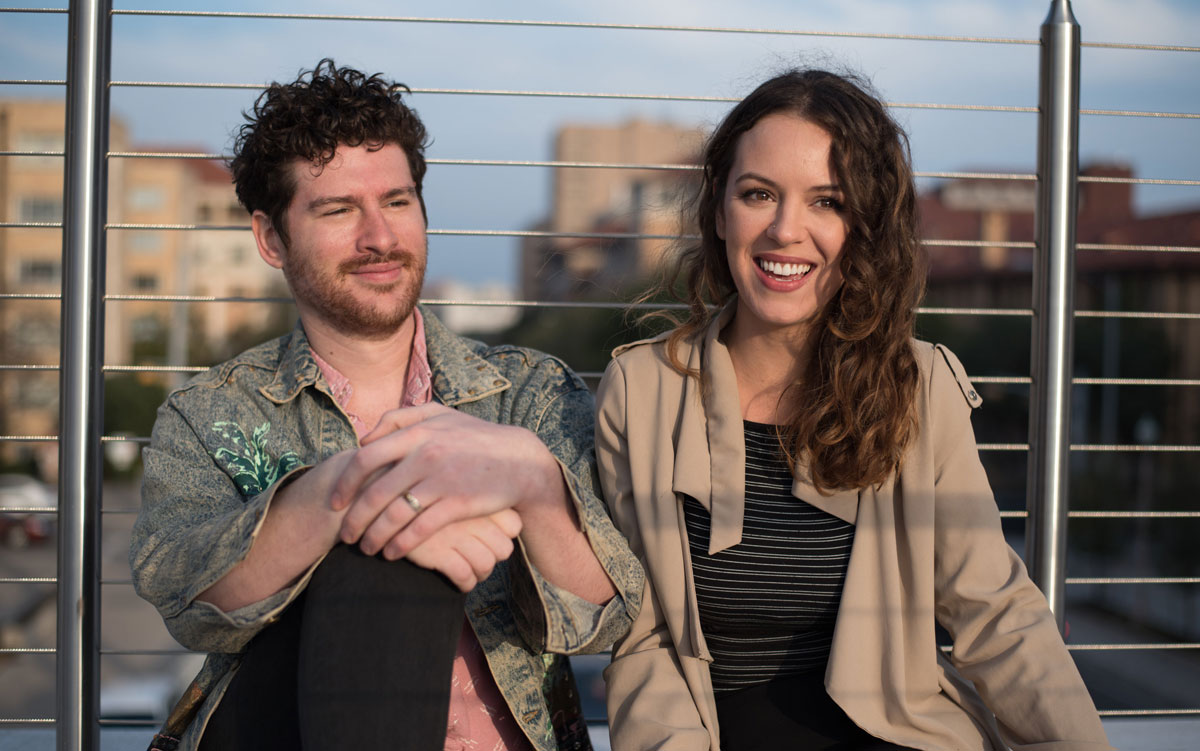 BUHU is the shape-shifting musical brainchild of Jeremy Rogers and Tiffany Paciga.

More than just a moniker, BUHU is a retrospective of their lives and a reflection, or refraction, of their relationship. Nothing is held back, all is laid bare. To see BUHU perform is an experience so intimate that it feels almost illicit—like peeking through a window and witnessing a private moment you’re not meant to get to share. Rogers exudes true feeling on stage, bounding freely and dancing with the microphone, moving himself to the point that his legs buckle underneath the weight of all the emotion and fatigue. He wraps the mic cord around his neck like a noose, seemingly choking himself to get these words out. Meanwhile Paciga, like a goddess Rogers can never quite reach, holds court stoically, majestically, to the side, her throne an array of synths, drum machines, pedals, samplers, and loop stations, which she orchestrates like a conductor, weaving a musical tapestry that’s lush, sexy, and utterly captivating. The juxtaposition of the two performers together is impossible to look away from. It’s music you know somebody’s getting lucky to, whether you happen to be one of those lucky ones or not.

Born and bred between Wisconsin and Texas, BUHU’s recordings might be described as electronic bedroom pop, in the sense that Rogers produces them largely himself. But that term is way too reductive; these are no tinker-toy beats crapped out with GarageBand on a MacBook. BUHU’s compositions are powerful, sonically cinematic, multidimensional, precise, ever unfolding. The songwriting atop that composition borrows from many of the greats both past and present, from Jackson Browne to Modest Mouse, The Books, Tortoise, even Peter Gabriel. The beats bump and the hooks catch. BUHU's music attacks from both sides.